Torre Nuova (the New Tower) is one of the information hubs of the Capo Caccia/Isola Marine Protected Area.

Within this museum, there is an exhibition that traces the entire life of the writer Antoine de Saint-Exupéry, focusing in particular on the period he spent in Alghero. In the display cabinets, you can admire first editions of all the author’s books, along with themed installations, works of art, objects, mementos and period documents. The informative panels are complemented by the photos shot in Alghero in 1944 by John Phillips.

Antoine de Saint-Exupéry lived in the Bay of Porto Conte, in Alghero, from May to July 1944. He resided in a villa located on a slightly raised plot opposite the Torre Nuova, which was built in 1572. As a pilot, he flew for the Allied American air force stationed at the military airport of Fertilia, where he was entrusted with reconnaissance flights along the French coastline to identify and photograph German outposts.

The author of masterpieces including The Little Prince, which is the most-read book in the history of literature with the sole exceptions of the Bible and the Koran, he spent the significant final months of his life in Alghero, and celebrated his last birthday here. Indeed, it was here, caressed by the waves, that the poet-aviator wrote most of the novel entitled The Wisdom of the Sands, as well as his final work, Letter to an American. During his time in Alghero, Life magazine photojournalist John Phillips completed a photo shoot of de Saint-Exupéry that immortalised the writer’s final days. Antoine de Saint-Exupéry disappeared in the skies above France on 31 July, 1944, after taking off from Borgo airport in Bastia. 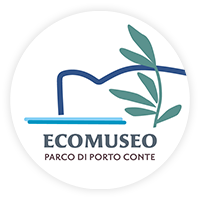